Lakesha has had the unique experience to serve the State of Texas as a Public Defender and an Assistant District Attorney.  She has learned many lessons on both sides. As a defense attorney she learned the inherent battles of defending a person accused of a crime and the importance of having a judge which will listen to both sides.  As a prosecutor she learned that justice looks different in each case and learned the importance of having an open minded judge. Sometimes justice requires seeking unconventional approaches.

Unlike many judges who only know prosecution, Lakesha has been on both sides of the courtroom. This experience helps her to maintain a balanced approach. This will also aid her in being fair to both sides.

Lakesha Smith earned a Bachelor of Arts degree in Psychology from Seattle University. After college she worked for Microsoft. After working in Corporate America for a few years she followed her passion and decided to go to law school.  While Lakesha was much older than many of her classmates, at almost 30 years old, she did not allow that to stand in her way. She graduated from Tulane University School of Law. In law school she worked in Tulane's renowned law clinic where she was sworn in as a student attorney to represent clients under the supervision of a licensed attorney.  In addition, she clerked for the Honorable Judge Bates-Anderson of Orleans Parish.

Lakesha has resolved thousands of cases. She has been the lead trial attorney on capital murder, aggravated robbery, aggravated assault and other felony crimes to low level offenses like DWI.  She has worked on cold cases involving serial sexual assault perpetrators to supervising other attorneys as chief prosecutor in misdemeanor trial courts. She has argued countless motions before multiple district court judges. She has dismissed cases which needed to be dismissed. She has presented cases before a grand jury.  She has prepped hundreds of cases for trial. She will take all of her experience and knowledge to the bench with her.

Lakesha lost her mother at 14 years old. The loss of her mother caused her to lose focus leading to a troubled adolescence. She eventually dropped out of high school and fell into teen motherhood.  She regained her focus and pursued her education.

Lakesha learned alot from her troubled pasted. Lessons about poverty, importance of self sufficiency, employment, stable housing and many others. Lakesha has used this knowledge to assist her with defending clients and with prosecuting cases. This insight has been invaluable in her career as a public servant. She is confident her life experience will be just as valuable when she is elected judge.

Lakesha has a 19 year old daughter. In 2018 her daughter graduated from Tarrant County Community College with an Associates Degree before going to Howard University. Lakesha's family expanded in 2012 when she met the love of her life, Chisha. She now has 4 children, 19, 18, 16, 10. 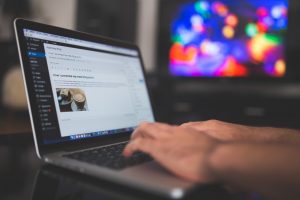 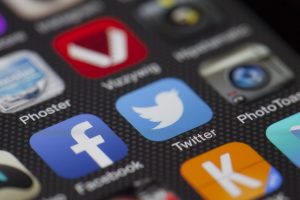 Did you know you must be registered to vote 30 days before an election to be eligible to vote. Follow the links below for useful voting information.

Political advertisement paid for by Lakesha Smith for Judge Campaign. ©2020